You are here: Home / Company / About Us

touchbee Solutions is a software development studio founded in 2010 with its goal to create top class mobile apps. Since its inception, touchbee has developed over two dozen apps in multiple categories for clients worldwide.

We frequently participate in mobile technology related meetups in and around San Diego. 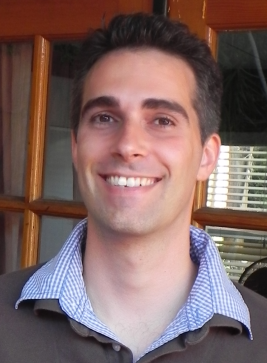 Stefan, a native german, studied Computer Sciences at the University of Applied Sciences in Saarbruecken/Germany from where he received his degree. He initially started in the game industry working on best-selling PC games for Liquid Entertainment in Pasadena, California. After some software development consulting work for a local travel business, Stefan pursued a position in a mid-sized german software development studio working on applications for a variety of mobile devices. At Sony Online Entertainment Stefan worked on Station Launcher, a software used by tens of thousand of Sony’s gaming customers worldwide. Stefan has also worked as a contractor for Qualcomm, Inc. on software for cutting edge mobile platforms such as Google® Android™, Windows® Phone 7 and Qualcomms BREW MP. In 2010 Stefan founded touchbee Solutions in San Diego, California. He is responsible for designing and developing apps as well as managing the business.

This very active group meets at least once a month and talks all things related to iOS. Listen to interesting talks or share some programming problems with your fellow peers over a beer.

This group typically talks about all sorts of user experience topics. Occasionally there are presentations on mobile topics too. Since this group meets around the L.A. area, we don’t participate regularly, but when we do  it’s always worth going, despite the horrible L.A. traffic.